PRE-HOLIDAY CAPERS.  You are what???? 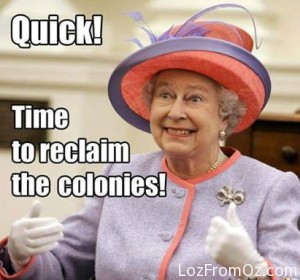 Two weeks out from flying and the US Government bungs on ‘Sorry – we are closed for Business’.

A group of so-called ‘Tea-Party’ politicians is holding the Government to ransom about budgets or health care or something, so all governmental services including National Parks and Monuments have been shut down. Yep, that’s a good way to endear yourselves to the tourist public!

The deadlock centres on the Continuing Appropriations Resolution 2014 which was passed by the House of Representatives.

The US Senate stripped the bill of the measures related to the Affordable Care Act (Obamacare), and passed it in revised form.  The House reinstated the Senate-removed measures, and passed it again in the early morning hours on September 29.

The Senate declined to pass the bill with measures to delay the Affordable Care Act, and the two legislative houses did not develop a compromise bill, causing the federal government to shut down due to a lack of appropriated funds.

In other words the Tea Party is trying to blackmail President Obama and the government so that they can get their own way. Bit like spoiled kids taking their bat and ball and going home!

If this is not fixed soon it is seriously going to affect our stays in Philadelphia, Washington and Boston.  All I can say is that they better get their act together before I land.