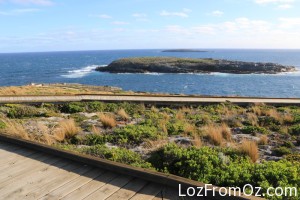 This is the last part of the day – if I am exhausted just writing it down, imagine how I felt actually doing it!  The day has been full of interesting things so far and there is no reason for it not to finish that way!

After our very enjoyable audience with the roos and geese we head for Cape du Couedic Lighthouse.  Situated on the edge of the island, it is in a most majestic setting overlooking the ocean and giving warning to sailors to be careful around this area.   The sky is blue, the water is blue and it is a majestic building – but the door is closed.  No one is home today and that means no scones with jam and cream or a hot cuppa. Bummer! 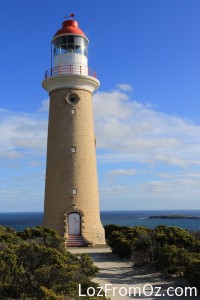 The Lighthouse Station at Cape du Couedic has stood guard over Kangaroo Island’s southwest coast since 1909 and is the fifteenth lighthouse to be built in South Australia.

Like other Kangaroo Island lighthouses, Cape du Couedic was built from local stones with the cottage homes that were for the operators.

The small stone storeroom close to the base supplied the kerosene used to power the lighthouse, while the former lighthouse keepers’ cottages have been converted into holiday houses.

There is a small drive down to the boardwalk and from there it is a refreshing walk further down to Admiral’s Arch.  The walk is very invigorating and it gives me a chance to fill my lungs with clean fresh ocean air. The boardwalk is in the photo at the beginning of the post.

It is a bit windy and cold but nothing that would deter me from this walk – the sun is out and all is well with the world.

About 20 minutes later we arrive at the Arch.  Down some very steep, safe steps and an incredible view hits us. 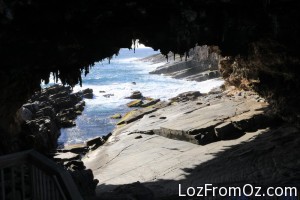 Being near the ocean and crashing waves, I can stand forever just watching and anticipating the waves breaking over rocks or beaches.

Admiral’s Arch is a natural rock arch created by amazing forces of nature. This is the view you get when you arrive at the viewing platform overlooking the arch. The arch is sculpted by weathering and erosion from the sea over thousands of years.

Another unique thing about Admiral’s Arch are the stalactites that dangle from the rocky ceiling of this former cave.  The floor, on the other hand, is very smooth.

Fur-seals often play among the rocks. These dark brown seals feed at sea but return to land to rest and breed.  In Summer, each of the large males establishes a territory with a number of females.  Apparently you can often see Fur-seal pups playing near the rock pools beneath the arch – but not today.

I am too busy counting the waves and hoping for one that will put up a magnificent spray – but of course as soon as I feel a large wave is not on the cards and I look away – crash, wallop and I have missed it.  Unfortunately I cannot stand here forever and it’s time to climb back up the stairs and wind our way back along the boardwalk. 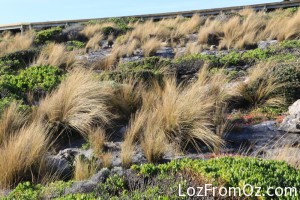 I take my time and enjoy the fresh air and the surrounds – I cannot understand those that do not like a gale force wind from the ocean blowing through their hair.  I love it – no matter how strong, no matter how cold.

There are loads of grassy tufts just crying out to have their photo taken – so who am I to argue?  You can see the angle of the walk from the horizon at the top of the photo.  It looks steep and yes some parts are but if you just take your time it’s great.

Back at the top it is time to thank our guide and move on to the next stop – The Remarkables. 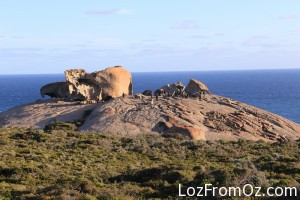 All the web investigations led me to believe that these ‘rocks’ are right out in the middle of nowhere and right on the edge of the Southern Ocean.

GEOGRAPHY LESSON: Perched 200 feet above the crashing sea, in the Flinders Chase National Park, over on the western side of Kangaroo Island, they are a collection of enormous eroded granite boulders sitting atop a giant dome of lava, that has been shaped by the erosive forces of wind, sea spray and rain over some 500 million years.  I will include some of my photos for this lesson – –

The golden orange lichen covering some of the rocks and the many different shapes offers tourists plenty of photo opportunities at different times of the day.

The rocks are made of granite which was embedded into the Earth’s crust during the Ordovician period, some 500 million years ago. At that time Kangaroo Island was part of Godwana, the super continent in the Southern Hemisphere, which included Australia, South America, Africa, India and Antarctica. 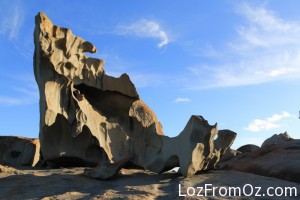 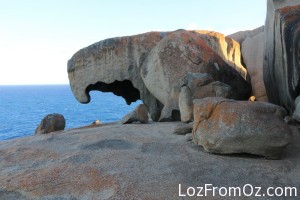 About 150 million years ago, Godwana began to split up into the present continents. Australia moved northward and with it the Ordovician granite.

Through preformed clefts and a certain proportion of easy weathering minerals such as feldspar and mica, spheroidal weathering started. Continuous wind erosion in a relatively dry climate can result in such bizarre shapes. End of lesson – time for more photos and interesting carry-ons. 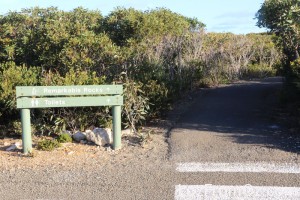 Arriving, we discover that parking is practically non existent due to the area being taken up by a rather large film crew and their transport but Jonathan does find a spot and now it’s time to unload.  How exciting for us, we are going to be part of a world wide tourist film.

WRONG. As it turns out they are filming an ad for China or some place.  We are asked in a nice way I might add, to keep out of the way until all the filming has ceased. So we head up the path carrying all our dinner supplies as we are having dinner on the rock and finding a cave that is large enough for all of us and our gear, we huddle in there until the drone has completed the filming.   I am sorely tempted to race out and wave as the drone flies past but I don’t think it would have been good for Aussie relations with the huge overseas tourist market.  As we wait for the filming to stop, we have dinner – quiche, salads, rice, breads and even though everything is cold it still tastes good and very tummy filling.  Wow, just another adventure. 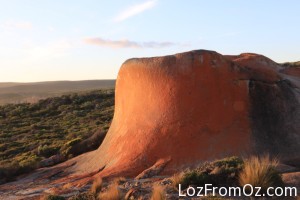 Once that is done the area is swarmed by tourists. Considering it is late in the day and extremely cold and windy this is a bit of a surprise but maybe they have come with the film crew? Never mind, I still manage to get some rather good photos of the rocks.  Apparently we cannot book a time spot for just us, it’s first in best dressed, and of course these tourists just plonk themselves and their cameras anywhere even when you are setting up for a photo.  We ask nicely if they can move so we can get our photos. We then get a mouthful in return so it is up to the Ranger to ask them to sod off.  They are not too pleased but tough luck,  we get our photos and after all there is plenty of room for them, they don’t have to stand in front of everyone.

The sun starts to set and this gives The Rocks another incredible change of clothing. 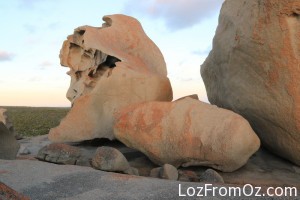 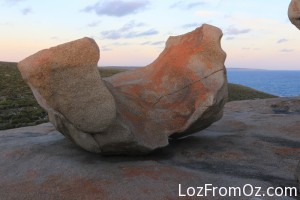 With the skies becoming darker every minute, I have to be careful where I walk as I do not want to end up in the Southern Ocean and it is good that I have my headlight with me.  When I first bought it I thought I would not use it much – well, I was wrong.  It certainly was well worth the money spent – but once again I digress. 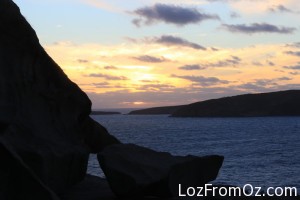 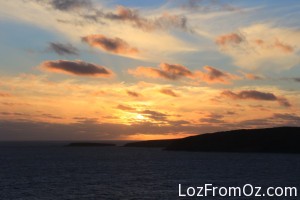 Aren’t sunsets wonderful?  They give you a feeling of calm and wonderment and all is well in the world.  Time is getting away and before we have to leave we see the moon rise. 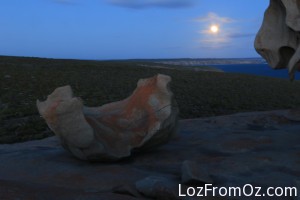 It is amazing what changes to camera settings can do for your photos.

This last photo was taken when the sky was nearly black but a press of a button, a turn of a dial and a sturdy tripod for long exposure and hey presto.

With that it is time to collect our gear from the cave and make our way – ever so carefully – back down the rocks and to the comfort and warmth of the bus.  It has been such a busy day and so varied with different things to see and photograph.

This last stop is definitely a must for those that love the rugged South of our great land.  I wouldn’t have missed it for quids.  Back home for our last night at Vivonne Bay, pack our bags and get ready for tomorrow.  A nice warm, comfy bed and once again I am asleep before my head hits the pillow.

HIGHLIGHT OF THE DAY : standing on top of those incredible rocks